I normally write about Wavefront, Log Insight or vRealize Operations, but I wanted to share some color on what happened on the Day 2 VMworld keynote.

This year’s VMworld Keynotes were pretty impressive. First off, it was held in an arena with 20,000 people. I’ve never seen a keynote like this.

To start off, Pat Gelsinger came out on stage to a crowded hall of 20,000 in the Mandalay Bay arena. The session started out with a Q&A with Michael Dell.

The first question was, interestingly, about support. Pat admitted that the level of questions warranted some examination, and committed that Scott Bajtos, the chief customer officer, would look into it.

The second question centered on the role of AI, Pat handed it to Michael Dell. Michael said we’re in early days of this, but was intrigued by the possibility. At Dell Technologies, “Data is the fuel” for the future. He also pointed out that AI was much broader than IT, that it was a CEO level priority.

Pat mentioned that he had been thinking about AI when he was on the 486 team at Intel in 1985. he suggested that due to limitations around processing, real AI was not possible, but it is, now. Dell said that technological revolution will only speed up in the future.

Dell then talked about the integration and how the whole DT family, Dell, EMC, VMware, Pivotal, RSA etc, are adding jobs, and many of those jobs are in the SMB(Small to medium business) space.

A question came up about ecosystems and partners, and Dell reiterated we remain committed them.

They then brought Rob Mee on stage, the CEO of Pivotal. He recounted their progress since the spinout from VMware more than 4 years ago. They have solid names as customers, GE and Ford to name a few. The discussed the value of Pivotal Cloud Foundry, Pivotal’s cloud development offering.

Mee then discussed their work with Google on Kubernetes on Kubo, and then announced Pivotal Container Service, or PKS. (The K is for Kubernetes). Then Sam Ramji, VP of PM for Developer tools, at Google came on stage. He talked about how Google has been working and running with Containers for up to 13 years, and how they were proud to donate Kubernetes to the community.

The keynote then shifted to the demos. Pat brought VMware CTO Ray O’Farrell on stage to talk about new products and technologies. After a brief intro, he introduced the demo section, based on a fictitious company, Elastic Sky Pizza. The narrative around this company was one what was in trouble: a bad app, data breach, and poor execution. Some of the solutions proposed included VMware cloud foundation, vRealize Suite, and VMware Cloud on AWS.

During the extended demo portion, VMware evangelist and field CTO Chris Wolf showed how VMware AppDefense allowed developers and security people to collaborate on which elements of the IT infrastructure are allowed to use the network, based on the Zero Trust principle, based on the work of former Forrester analyst John Kindervag.

Wolf then showed how easy it is to deploy additional storage with vRealize Operations and VMware Cloud on AWS.  VP of PM For Cloud Management Purnima Padmanabhan then showed how vRealize Network Insight can be used to review network flows before migrating workloads to new capacity in VMware Cloud on AWS. Ray O’Farrell came up and pointed out that what VMware is providing Global consistent infrastructure across public and private clouds.

Wolf then pointed out that VMWare PKS will be the easiest-to-use way of reploying and managing containers. He also showed how NSX is tied into the offering, by providing consistent network policy across containers, VMs and datacenters.

Purnima then showed how this company could use Wavefront by VMware to monitor the company’s infrastructure. Workspace One and its new free trial were also mentioned.

The demo then transitioned to some visionary content. Wolf then discussed VMware Pulse IOT Center, which is VMware’s foray into the world of connected devices sand the internet things. He also mentioned the LIOTA project  which is VMware’s SDK for building IoT gateway applications. It was also mentioned that Pulse is based on vRealize Operations and Airwatch solution.

They then discussed Functions as a Service, where logic can be moved closer to the data. Seems like Amazon Lambda in a box, but I guess we’ll have to wait to find out.

Overall, it was quite a good presentation.

Pivotal Container Service analytics and monitoring with Wavefront: Use cases 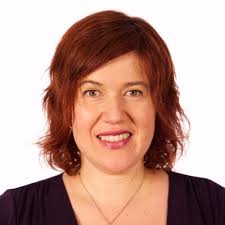 Optimizing your Java application with Wavefront