The results of the study fly in the face of what I believe most people would naturally assume. I think that if I were to ask 100 people who have anything to do with IT infrastructure, IT operations or application development: “Can a Private Cloud be as cost effective as a Public Cloud”; a clear majority would respond with a resounding “no way”. The prevailing mythology that Public Cloud is always cheaper is very powerful.

While the primary driver for adopting a cloud strategy, whether Private, Public or Hybrid, generally isn’t cost reduction, the ability to achieve the best possible cost outcome without compromising objectives of agility is still important to most enterprises. To this point, the 451 Research study found that the primary motivators for a Private Cloud were data protection, asset ownership and business process integration. However, the study also found that achieving cost efficiencies, while not the top motivator for building a Private Cloud was still an important factor in deciding on an overall cloud strategy direction.

Believe it or not, it’s hard to find much in the way of data around Private Cloud vs Public Cloud Costs. Because our customers are always asking us for information on this topic, VMware asked 451 Research, a top analyst research firm to carry out a study on Private versus Public Cloud costs. We picked 451 Research because of their well-respected work on their Cloud Pricing Index program.

The Cloud Pricing Index program that 451 Research conducts has been around for many years now. Through it, 451 Research continuously looks at the cost of various Public Cloud offerings. As part of that same research they also have developed guidelines on what they call “golden ratios”. These golden ratios provide guidance on the maximum number of administrators an organization can have relative to the number of VMs they run and still be as cost effective as a comparable Public Cloud offering. The 451-team’s long history of successfully analyzing Public Cloud costs and their understanding of what it takes to run a Private Cloud at similar cost efficiencies gave us a high degree of confidence that they had the right stuff to help answer the question of whether Private Clouds can ever be as cost effective as Public Clouds.

Last year I wrote a blog titled “Extreme Automation also the Key to Successful Private Clouds.” The main idea behind that blog was that Public Cloud providers are cost effective because they are masters of using automation to reduce the cost of IT operations for the environments they rent out. An extension of that point was that builders of Private Clouds could be effective at achieving TCOs comparable to Public Cloud if they embraced Automation with the same zeal as did Public Cloud providers.

This most recent 451 Research study validated this idea. The study found that capacity planning (a form of automation) and more general IT process automation technologies were two of the strongest contributors to the outcome of achieving a Private Cloud that had a TCO on a per unit cost basis that was as good or better than that of comparable Public Cloud offerings. Rounding out the top four contributors to successful outcomes were the effective use of cost/budgetary tools (also a form of automation) and the ability to achieve favorable license terms from technology vendors.

The second 451 Research paper adds depth to the findings of the first paper by capturing key parts of the stories of five companies who have implemented Private Cloud and are achieving solid cost efficiencies as part of their efforts. Their experiences highlight specific benefits they have achieved through the use various automation technologies. For instance, one company indicated that they were able to reduce the FTE cost associated with the delivery of IT services by as much as 80% while simultaneously increasing overall staff productivity by as much 25%.

Your Company Can Achieve Similar Results

As already pointed out, from a technology standpoint, the core capabilities cited by 451 Research as being necessary to achieve a highly cost efficient Private Cloud were capabilities in the areas of capacity planning, automation and costing. These three areas are addressed by core capabilities delivered through the VMware vRealize Suite (part of the VMware SDDC).

vRealize Suite is designed to work hand in hand with VMware Cloud Foundation to provide a common approach to building and running an enterprise-grade hybrid cloud. Hybrid clouds based on the VMware Software-Defined Data Center provide high levels of agility, efficiency and control across both traditional and cloud native, container-based applications. VMware-based clouds also give IT organizations the ability to provide choice to their application development teams by supporting multiple models for requesting services and giving developers the freedom to use the tools of their choice.

Our experience as a leading provider of cloud solutions is that most organizations are headed in the direction of Hybrid Cloud. However, given that the majority of all the world’s workloads still reside in on-premise data centers, it makes sense for organizations to embrace an approach to their Private Cloud that results in achieving both high levels of agility and cost efficiency. Organizations shouldn’t have to sacrifice one for the other. Also, if IT teams are going to be credible with line of business around their ability to effectively manage a Hybrid Cloud they will first need to prove that they can master their own Private Cloud environments.

Building and running a Private Cloud that is as cost effective as a Public Cloud is not easy. If it were, all organizations would be doing it. But the fact that 41% of companies surveyed were able to build and run a Private Cloud at cost efficiencies that were better than Public Cloud alternatives shows that it can be done. This 41% also points the way to the “How” of achieving greater cost efficiencies. A willingness to invest in capacity planning, automation and costing technologies was fundamental to their success. If you are in the 41% group, congratulations and keep up the good work. If you are not there yet, take heart. It definitely is achievable. In the end, there may be many reasons that you decide to move workloads to the Public Cloud, but cost doesn’t have to be one of them. 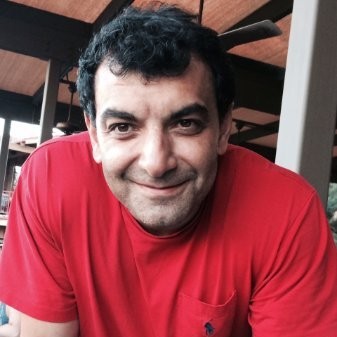