The release of the ESXi-Arm Fling was a huge milestone for the ESXi-Arm Engineering team but at the same time, it does not highlight many other other achievements and milestones that were accomplished along the way that eventually made ESXi on Arm a reality. In fact, many of these efforts were not done in isolation within VMware but done so in an open and collaboratively manner with the broader Arm eco-system and its partners.

Instead of me telling you about all the awesome and tireless efforts by the ESXi-Arm team, here are two ways to get some insights and history behind the ESXi-Arm initiative at VMware.

I came across two really awesome Twitter thread by Andrei Warkentin, Arm Enablement Architect and Team Lead for the ESXi-Arm project at VMware, during the week of the launch. Not only does he share a pretty detailed timeline but he also highlights some of the early challenges he and the team was faced with. Luckily, we know how the story ends but definitely a great read to get an understanding of all the different areas that needed to come together to really make what you see today a reality.

Note: this isn’t the whole history behind ESXi-Arm. This is just the story of getting ESXi-Arm on the Pi 4, which began right after the first public unveiling of ESXi-Arm at the VMworld 2018 keynote. and which in many ways is the story of the Fling itself.

Yup! Getting firmware working and polished is a massive massive undertaking. One that I and a very special set of folks from around the world have been driving over the course of a few years now. All as a side act.

So back in 2019 OCTO was hosting an internal CTO ambassadors conference where I got an interesting request to put together a fun demo around Pi 3. Now remember that during VMworld 2018 in Vegas ESXi on Pi didn't exist yet…

In addition to the Twitter thread above, Andrei and myself had the pleasure of returning on  the VirtuallySpeaking podcast (#1 Virtualization Podcast in Industry) to talk about the ESXi-Arm release along with journey that it took to get where we are at today. It does cover some additional details not mentioned in the Twitter thread, definitely worth a listen!

Some history behind getting ESXi-Arm onto the Pi 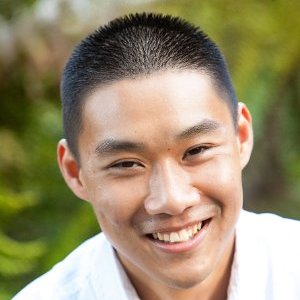 Project Monterey - some choice quotes from our executives

Interview: VMware and Arm at the Edge